Alumni Update: Treasurer has passion for helping the underdog

Fiona Ma ’88 (accounting) can claim a lot of firsts.

She is the first woman of color and first female Certified Public Accountant elected as California State Treasurer. She won the position on Nov. 6, 2018, with 7,825,587 votes, more than any other candidate for treasurer in the state’s history.

Those firsts, though, aren’t what gets Ma excited about being the head banker of the world’s fifth-largest economy.

“In life, the biggest and the richest always get the most, but the smallest and the ones that need the most help don’t necessarily get it because it is harder—harder to train, harder to reach them, harder to get them enrolled or qualified,” she said. “I’m in a position where I can help level the playing field.” 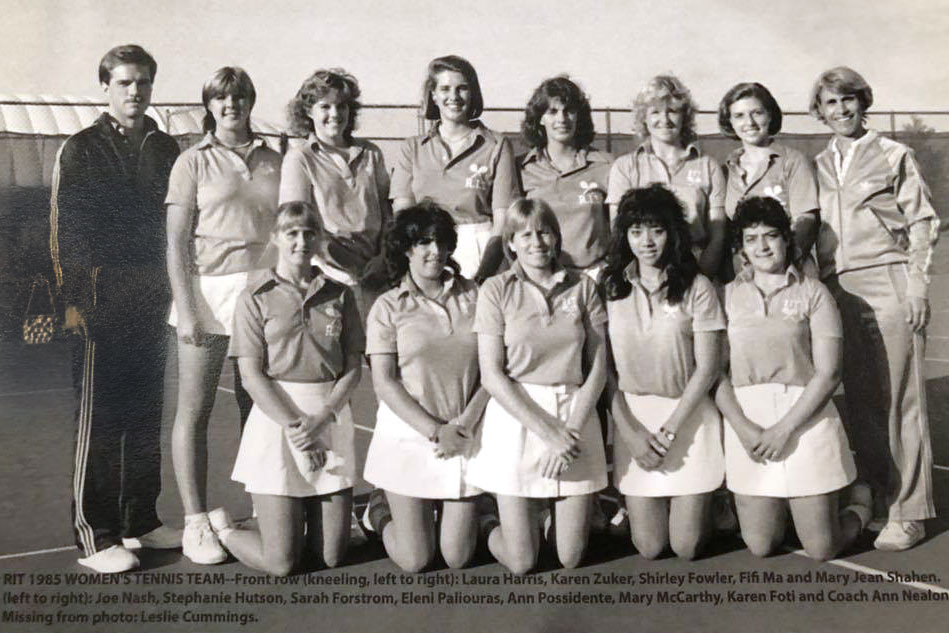 Ma played on RIT’s women’s tennis team. Here, she is second from the right in the front row on the 1985 team. Ma, who attended RIT for its CPA-specific accounting tract, the co-op program and an opportunity to play varsity tennis, has built a career out of championing the underdog.

After graduating, the Long Island, N.Y., native followed her parents to San Francisco, where she initially worked for Ernst & Young and then started her own accounting practice and became president of the Asian Business Association. This was her first taste of advocating for opportunities for women- and minority-owned businesses.

In the Assembly, Ma passed a law to ban toxic chemicals, known as phthalates, in baby products statewide.

It was the first law of its kind in the nation, and among Ma’s proudest accomplishments.

She authored 60 bills as an Assembly member that were signed into law by two different governors. She chaired the Assembly Select Committee on domestic violence and spearheaded legislation that strengthened laws protecting victims of domestic violence.

Ma said she is drawn to complex issues that may take a long time to pass but are the right thing to do. She is helped by her sense of curiosity.

When she doesn’t understand something, she dives in deep and becomes an expert.

“I sat on the agriculture committee in the legislature and I had no clue about agriculture,” she said. “I grew up in Long Island and moved to San Francisco. I thought food came out of the Safeway.”

She changed that by going on 100 different agricultural tours and doing her research. The same was true with cannabis.

As treasurer, she likes being out in the community, working directly with people and helping them solve problems.

“My life has come full circle,” she said. “I am combining my education and professional experience with my passion for public service and helping people.”