DUBROVNIK, Croatia — Francis Domoy, the longtime leader of RIT’s hospitality and service management program, vividly recalls having a conversation with RIT President Al Simone in 1995 about a potential opportunity to do something special in Croatia. The U.S Department of State was in talks with Croatia, which was looking for ways to partner and rebuild after its War of Independence and break away from the former Yugoslavia.

The opportunity: RIT’s then-School of International Hospitality and Service Innovation was asked to launch a program to help revitalize the tourism industry in Croatia. After two years of planning and developing a program, a new private college was launched in Dubrovnik in what was then named the American College of Management and Technology. 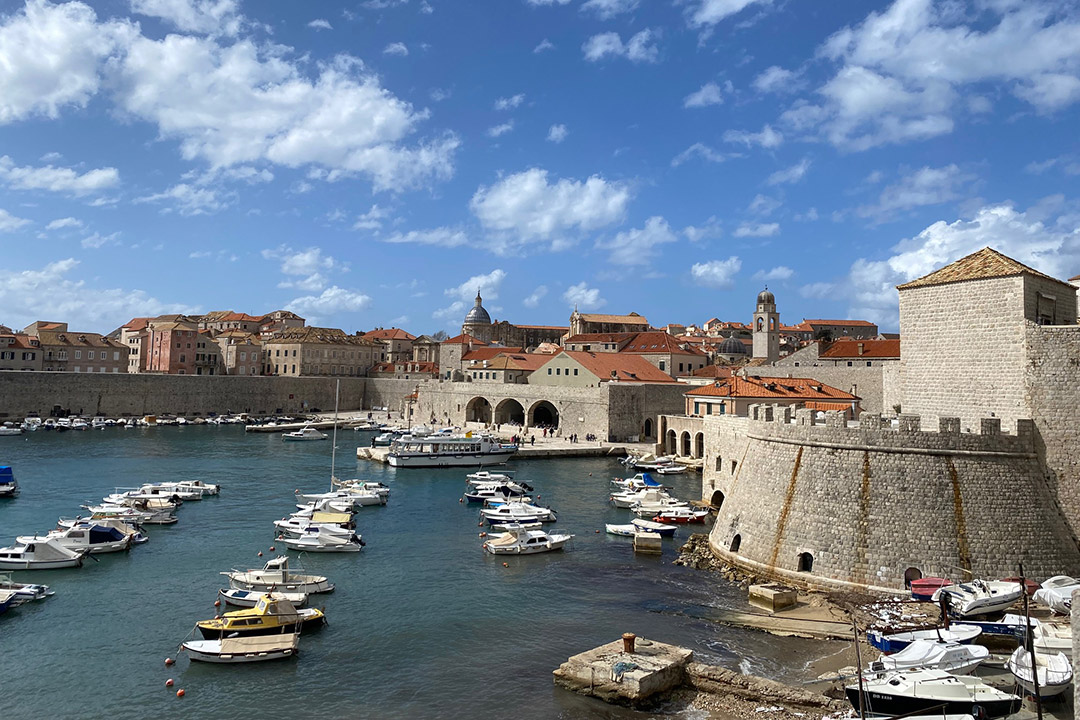 Dubrovnik, Croatia, located on the Adriatic Sea, is one of the most prominent tourist destinations in the world. In 1991, during the Croatian War of Independence, Dubrovnik was besieged by the Yugoslav People’s Army and suffered significant damage. With the assistance of RIT, it has re-emerged in tourism and filming destination, including Game of Thrones, Robin Hood, and Star Wars: The Last Jedi.

As part of a 25th anniversary celebration, Domoy — “A founder of RIT Croatia” — was honored April 1 as a recipient of the RIT Croatia Distinguished Service Award.

“Being a founder is just the smallest piece. The biggest piece is to maintain the excellence of the program over the years,” Domoy told an audience gathered in his honor. “The real credit goes to our leaders, our faculty, the alumni, and the students who have helped RIT Croatia gain international recognition.”

Today, tourism dominates the economy in Croatia, accounting for about 20 percent of the Croatian gross domestic product. RIT Croatia now has 2,600 alumni and established a second location in the capital city of Zagreb in 2011.